Does a Cheap Smartphone Make Sense for You? 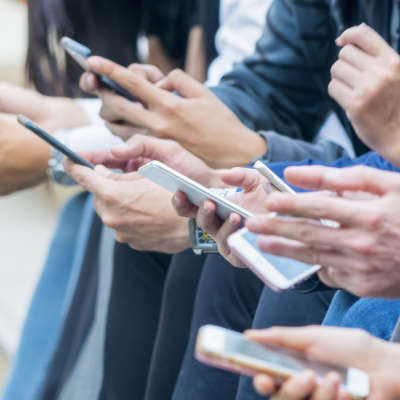 There’s no denying that marketing is a big deal for smartphone manufacturers. They spend a lion’s share of their money pushing one or two devices on the public, when they build many more that sell as well or better. The thing is, not everyone has $1,000-to-$2,000 to drop on a cellphone every couple of years. To wrap up our look at the smartphone market, we thought we’d introduce you to some phones that won’t bust your budget and that can still provide users some value.

Before we start listing new budget devices, we should mention that one of the best ways for people to gain value with their smartphone purchases is to actively seek out some of the best flagship devices from a year or two back. While it may surprise you that a lot of the mid-range and budget smartphones manufactured today have many comparable specs to flagship phones from a couple of years ago, while the build quality, options, and usually the chipsets found on those older flagships still outpace many brand new options.

Some options include: The Samsung Galaxy s9 and s9+, the LG V50 thinQ, the iPhone X, and many others from other manufacturers. You’ll find that you can likely find phones with updated software that is available for a very reasonable price; and, since these devices are built to last, you may get more out of one. One downfall is that they probably won’t get as many software updates, and if they are refurbished or used, they could have issues that new devices wouldn’t have. Regardless, it is something that you should consider when weighing your options if you only want to spend a few hundred dollars on your next phone.

The 2020 version of the iPhone SE still has the body of an iPhone 8, but the internals are upgraded and it presents users that can’t afford the $1,000 iPhone 12 Pro Max to get a new iPhone at a reasonable price point. The new SE runs on the A13 Bionic chipset and offers the user experience Apple users expect out of a budget iPhone.

The Pixel 4a 5G provides a lot of value because it is 5G capable, it features a 6.2-inch OLED display and has specs that outpace its relatively meager price point. Available in Just Black and Clearly White, the Pixel 4a 5G is available in the Google store or from many major service carriers.

Do you think that a budget smartphone or an older flagship would bring you additional value? Or do you think you will still hunt the biggest and best smartphones on the market? Leave your comments below and return to our blog for more great technology information.

Facebook Twitter LinkedIn
Tags:
Technology Smartphones Save Money
Technology to Target as the Holidays Approach
Tip of the Week: Maintaining a Work/Life Balance, ...

More posts from author
Friday, December 03 2021 When is it Time to Upgrade Your Technology?
Wednesday, December 01 2021 Applying Life Lessons to Improve Your IT
Monday, November 29 2021 The Major Takeaways from the Big Facebook Outage of 2021